Currently, all crop biotechnology innovations in the UK are subject to the EU’s regulatory framework, which includes an approvals system for GMOs that has never been properly implemented, leading to significant authorization delays and scientific opinions that are often ignored. This has contributed to business uncertainty, disrupting trade and driving away research and development investment from the plant breeding sector.

The report highlights, for example, that the EU crop biotechnology regulatory system has already contributed to a significant loss of high value-added research scientist jobs and has left the UK subject to a crop trait research and development ‘gap’.  Private sector research and development expenditure in the sector has fallen dramatically in the last 20 years, from about £50 million per year in the late 1990s to about £1.25 million today.

A recent Court of Justice of the EU ruling that effectively subjects the latest methods of plant breeding including gene edited crops to the EU’s GMO regulatory system, further puts the EU at odds with the leading agricultural producing and exporting nations of the world that have, based on sound science, determined that many of these innovations do not need to be regulated ‘as GMOs’.

The report considers three future scenarios for the regulation of gene edited crops and GMOs, ranging from maintaining current alignment with the EU through improved implementation of EU rules, to the UK setting its own regulatory path on both GMOs and gene editied crops.

The paper concludes that the potential long-term benefits to the UK economy are likely to be highest if the UK sets its own path on regulating both GMOs and gene edited crops based on sound science, consistent with the regulatory systems operating in most other advanced economies of the world. This is likely to result in the highest levels of UK-based plant genetics sector research expenditure and employment and may also lead to the commercial development of more new crop traits becoming available to UK farmers and food processors. 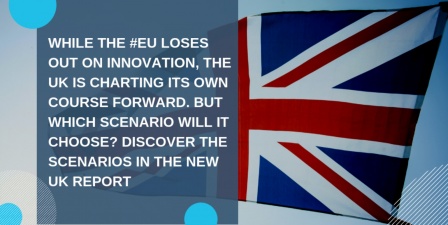